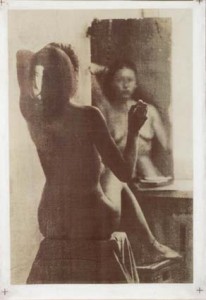 Follow me, comrades aviators, float in the abyss, for I have established the semaphores of suprematism! K. Malevich. Suprematism 1919. XXth century is picking up. Petrograd, Leningrad, wars, revolutions. New names, titles and symbols. Poet Velimir Khlebnikov replaces French word ‘aviator’ with the Russian ‘flyer’ (letchik). Flyer Vasily Kamensky becomes a futurist flyer. Dirigible Norge undertakes world’s first trans-Arctic flight. The new skyway takes its start in Italy, Filippo Marinetti’s native land, and sweeps away 30 degrees West over the old path from ‘from the Varangians to the Greeks’, as ancient Russian chronicles called it. The last stop on the way to the legendary Hyperborea is in a Leningrad suburb. Roald and Umberto look into the window. Cupolas of Rossi, Quarenghi and Rastrelli, gilt spires and Trezzini’s guarding angels are floating beneath. Human figures are moving along the 25th October prospect (former Nevsky) and Uritskiy square heading towards the imperial Hermitage. Northern odalisques are looking in surprise at the oval silhouette of the cosmic whale through the windows of Leningrad cocklofts. The sphinxes remain dumb and ice is drifting down the Neva river. It’s April 1926. Next flight to the North Pole will end up with a tragedy. Dirigible Italia will crash on the ice north-northeast of Spitsbergen. The crew will literally cheat death and appeal for help until a Soviet CBer receives their SOS signal. Roald Amundsen will be the first to fly to rescue his friend but his aerohydroplane will be lost forever in the permafrost zone. Umberto Nobile and his crew will be saved by the Russian icebreaker Krasin. In half a century new futurists will lead their ships further away from planet Earth.