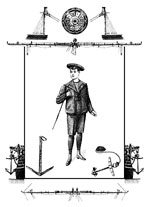 The fathomless skies are reflected in ten square miles of water in St Petersburg. This enormous mirror dissolves all the details, sending them straight to the depths of eternity, which returns their images and symbols. It is then that we see the large in the small. Ships, planes, birds, people and buildings – the entire essence of a body coasting through time, across the smooth surface of the sky and water. Seeing the world’s phenomena and conveying them in this way – is this the master’s device, method or personal outlook on the world? All three come together in Timur Novikov, an artist looking beyond the horizon. Meeting, the sky and water combine in soft and subtle alloys of air; here it is, a ready-and-waiting painterly field, in which gold and grey, pink and blue, the white light of St Petersburg patinate the embankments, bridges and buildings. The folds of Timur’s fabric pictures billow, twisting and reflecting on the waves of St Petersburg… For Timur Novikov, the Baltic Sea was the Northern Mediterranean. The artist regarded the structure and decor of St Petersburg as not so much a copy of the lightness of Venice and the grandeur of Rome, but the restoration of the unity of the European cultural tradition, whose birth the inhabitants of the continent owe both to southern and northern Europe alike. Timur never doubted Peter the Great’s decision to build St Petersburg where he did. As the artist himself said: “The delta of the Neva is a mirror reflection of the delta of the Nile. St Petersburg is the Alexandria of the north; a port ought to have arisen at this place, which lies on the same vertical.” Timur sets off on a journey from this town – imaginary trips in childhood, followed by real ones. Some thirty years ago, the sailor costume was the ultimate dream of young romantics. In the more distant past, it was an inherent attribute of the childhood images of many leading people who, one way or another, expanded the horizons of our views of the world. Set in the sixteenth century, Friedrich Schiller’s Don Carlos mentions sailor costumes and children’s fashion. Sir Anthony van Dyck and Charles Lebrun portrayed royal children dressed as sailors. Timur Novikov’s favourite character, King Ludwig II of Bavaria, Tsarevich Alexis (murdered son of Tsar Nicholas II), sculptor Arno Breker and former German chancellor Willy Brandt are depicted wearing sailor costumes in childhood photographs. The European aristocracy still nurtures this tradition. Timur’s collection includes a snapshot of Count Lennart Bernadotte (who held an exhibition of photographs of flowers at the Museum of Ethnography in the early 1990s) showing this eighty-year-old relative of the former Russian Imperial family surrounded by descendants decked out in white sailor costumes. At the start of the new millennium, Timur Novikov returned to the theme of the water and the sky. His hero was a youth with sublime, kingly notions, a time traveller facing an endless space. Beauty is still the ideal of his hero; for the sake of beauty, he outfits a navy and air force. The Flying and Sailing exhibition shows the influence of beauty on the development of various forms of culture. Timur’s artistic will launches airborne appliances over the buildings of Andrea Palladio; they soar through the air, grasping the purity of proportional relations. The classical graphic art of the sixteenth-century architect, who completed the canonisation of the Ancient Roman style begun by Vetruvius, stands alongside hand-made aeroplane-birds – far from perfection, yet still aspiring towards it. The Flying and Sailing exhibition at the Gallery D-137 marks the twenty-fifth anniversary of the start of Timur Novikov’s career in art. It is fitting that, having created the New Academy, Timur addressed the oeuvre of Andrea Palladio, founding father of academism in architecture, with whom he shared a common penchant for an audacious union of different themes. The Palladian flight, the flight to perfection, there can be no worthier path for an artist; no matter how weak his wings are to start off, they will strengthen and carry him high. As Timur said on completing the Palladian Flights series: “Beauty is insurmountable.” A French architect once noted that “Palladio seemed to want to show that all that is intelligent in the forms and proportions of ancient architecture was suited to any era.” The same principle was applied by Timur Novikov, man of Renaissance.